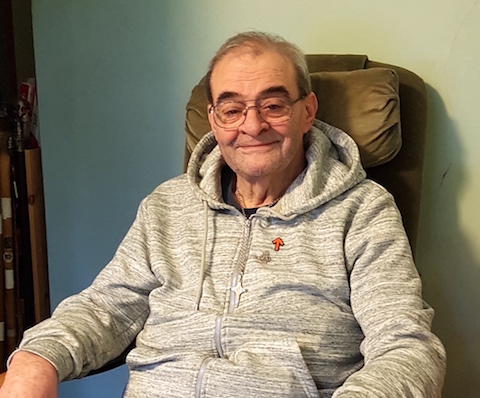 Frank came to Care Ashore in 2001 after a lengthy service in the Merchant Navy, including serving in the Falklands Conflict aboard the M.V Nordic Ferry.

During his time at Care Ashore he was actively involved with the social events that were provided and really enjoyed the company of others. In early 2016 he was diagnosed with Lung Cancer and a lengthy period of treatment begun and eventually he was operated on and had one of his lungs removed.

Frank recalls “The day I was told I had cancer was the most devastating days of my life, I was frightened and angry at the same time, I really was not coping very well with the diagnosis. Had it not been for the caring support of the welfare team and in particular, Carol, Dawn and Debbie, who provided me with unwavering support throughout my treatment I would never have got through it.

They escorted me to each of the treatments ensuring I was kept in good spirits and took on board what the doctors were saying as I just could not take it all in. They also kept my family up to date with every step of my progress and gave reassurance to them, which was appreciated. It was a very dark period for me, I would not engage with other residents like I used to and kept myself to myself.

It was through the gentle encouragement of the welfare team that my confidence grew and I started to get involved with social events and now am back in a better place. I know there are challenges ahead but having Care Ashore to support me gives me the peace of mind that I will not be facing them on my own.” 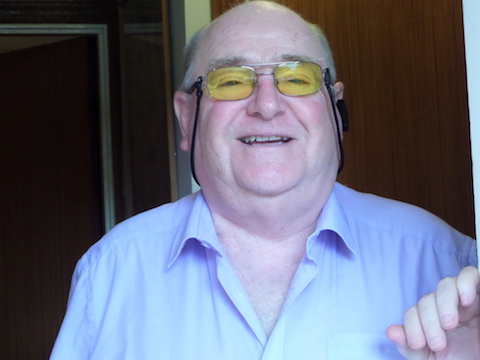 Barry is a 78 year old retired HT Master who retired due to ill health in 1980. He came to Care Ashore in 2008. Having led a very active and independent lifestyle it was during an annual Support Plan review in 2016 that the welfare team noted that he appeared to be struggling to cope in his home.

Through discussions it was discovered that owing to a period of ill health he had found it difficult to keep on top of things and had been too proud to ask for help. Shortly after this he was hospitalised and upon his discharge a plan was agreed where he would temporarily move into the main building where he would receive enhanced support, plus his meals would be provided until he was back to full fitness.

During this time he also joined the supervised gym sessions and with the additional support he was receiving he gained confidence as his health and fitness improved.

Barry recalls, “It is never easy asking for help and I was simply ignoring all the signs that were telling me I was not coping. Had it not been for the intervention and support of Care Ashore’s welfare team, I would have continued slipping down the slope and heaven knows where that would have ended. Though at first I was reluctant to accept their assistance I soon realised it was for the best.”

Barry is now back living in his independent flat, with a weekly cleaner arranged by Care Ashore helping him to stay on top of things, He continues to attend the fitness classes and benefits not only from the physical activities but also from the social aspect of the group.

Care Ashore provides assistance to seafarers and provides both sheltered housing with support, and holidays. Anyone who has served in either the Merchant and Royal Navies, plus the fishing fleets may apply for accommodation or a holiday. Find Out More